The United Arab Emirates (UAE) is one of the countries of the Middle East, located on the shores of the Persian Gulf and the Gulf of Oman, consisting of seven emirates. Of all the emirates, Dubai is the most visited by tourists from around the world. The phrase itself «Emirate» refers to an Islamic state or province whose ruler is called an emir. The Arab Emirates is an extremely cosmopolitan country and quite tolerant of other cultures and religions. Nevertheless, it should be remembered that the main religion here is Islam, and residents expect expatriates and tourists to fully respect Muslim principles and culture. Over the past few decades, the Arab Emirates has undergone an extraordinary metamorphosis from a group of small, not very wealthy and not very significant principalities to a modern state with a high standard of living.

It is now one of the richest and fastest-growing countries in the world, visited by millions of tourists each year. However, most of us know little about this relatively young country, which has been around for less than 50 years. UAE owes its accelerated development to the development and discovery of oil and natural gas. However, it is expected that in a dozen years the oil fields will be exhausted and the petrochemical industry will cease to be one of the main sectors of the economy. So the Emirates are spending more and more money on huge investments in sports, tourism and banking. If you are planning a trip to the UAE, it is worth checking out 10 interesting facts that you might not know.

What is worth knowing about the United Arab Emirates:

1. The UAE is located in a desert with no natural rivers, so fresh water resources are very limited. However, the Emirates has a lot of salt water, which is not suitable for drinking.
Thus, almost all the water used in the UAE is obtained by desalination, which consumes huge energy resources. Scientists are constantly looking for alternative technologies, including the use of renewable energy sources for desalination. At the same time, various government programs are being introduced to encourage residents to conserve water.

2. The floor in the Abu Dhabi Sheikh Zayd Mosque’s main prayer hall is covered by the world’s largest hand-woven rug, measuring 5,526 square meters and weighing 35 tons. This masterpiece of over 2 billion threads was created in Iran by a team of 1,200 weavers. It took almost two years to make the carpet. 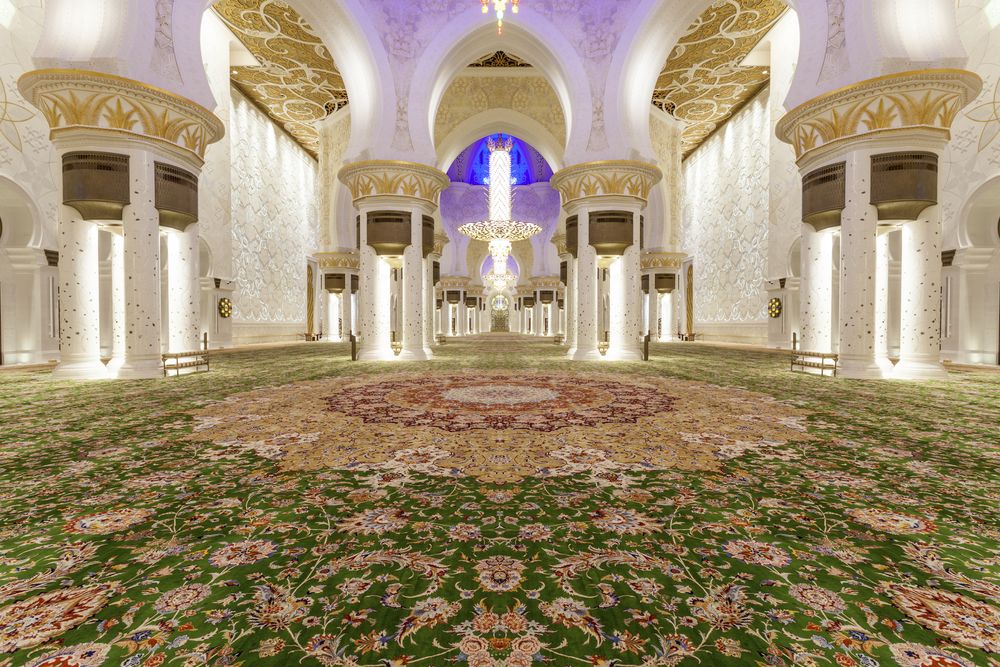 The biggest carpet in the world

3. One of the UAE‘s greatest architectural achievements are the Palm Islands, that is, a group of the world’s three largest man-made islands, built on the shelf bottom off the coast of Dubai since 2001 in the ultimate form of a date palm with a breakwater separating them from the waters of the Persian Gulf. The only island completed at the moment, — is Palma Jumeirah, where there are many luxury hotels, private estates, and even a monorail. Two more islands, Palm Jebel Ali and Palm Deira, are still under construction. 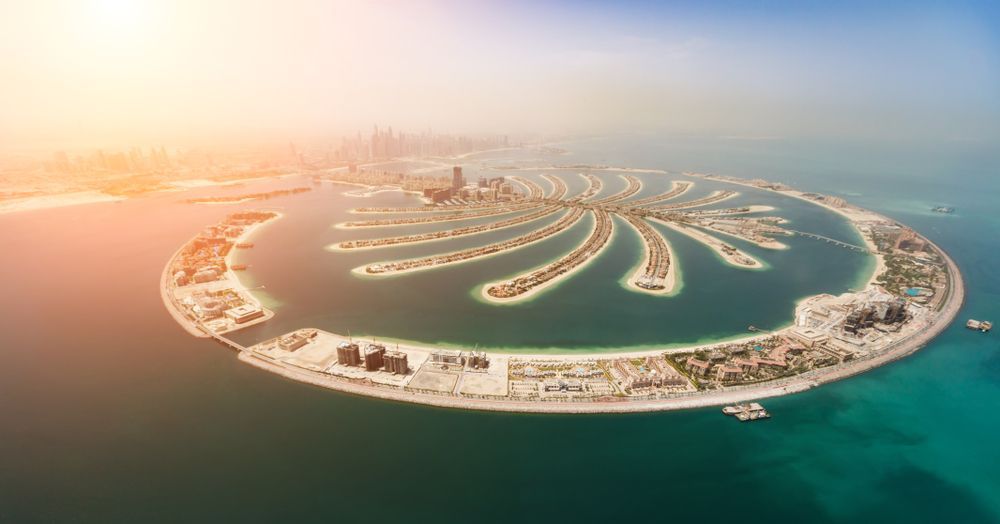 4. The first indoor ski resort in the Middle East was built in the Mul al-Imarat mall in Dubai. Ski Dubai covers 22,500 m2 and includes five artificial snow slopes, the longest of which is 400 m. The facility is equipped with two ski elevators and a chairlift. The ski complex also includes the largest indoor snow park in the world at 3,000 m2, which includes a toboggan run, an ice rink, and an ice cave, among others. Additional entertainment for tourists are penguins released several times a day. 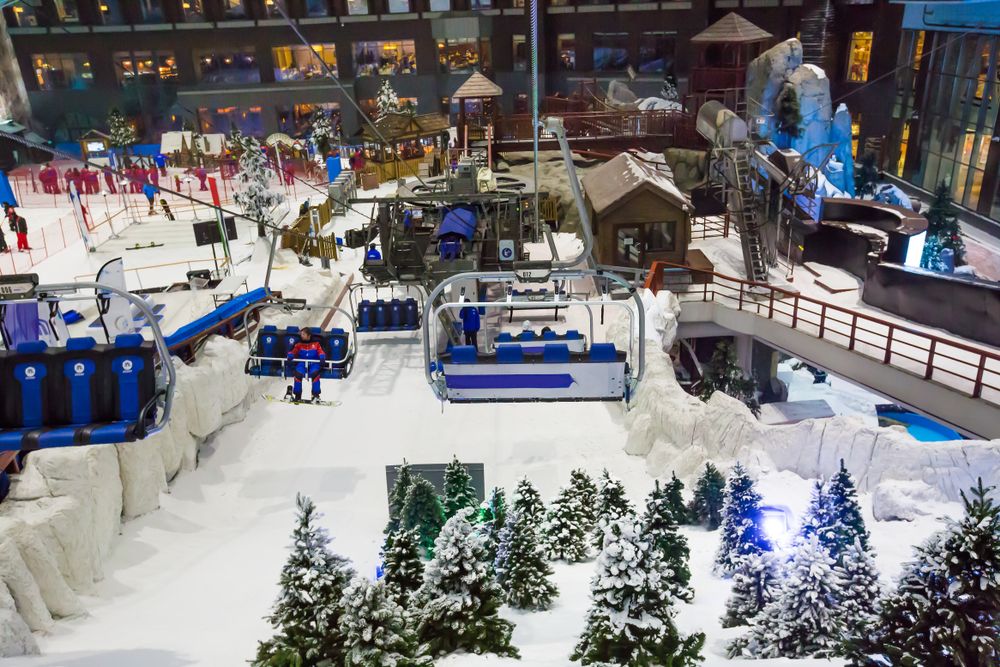 5. On Yas Island in Abu Dhabi is the world’s largest indoor theme park, Ferrari World Abu Dhabi. Visitors can enjoy virtual race tracks and countless attractions, such as a visit to a virtual Ferrari factory. Here is the fastest roller coaster in the world, Formula Rossa, with speeds of up to 240 km/h. Interesting that the train reaches speeds of 100 km / h in just 2 seconds. Ferrari World is one of the greatest tourist attractions in the Middle East. 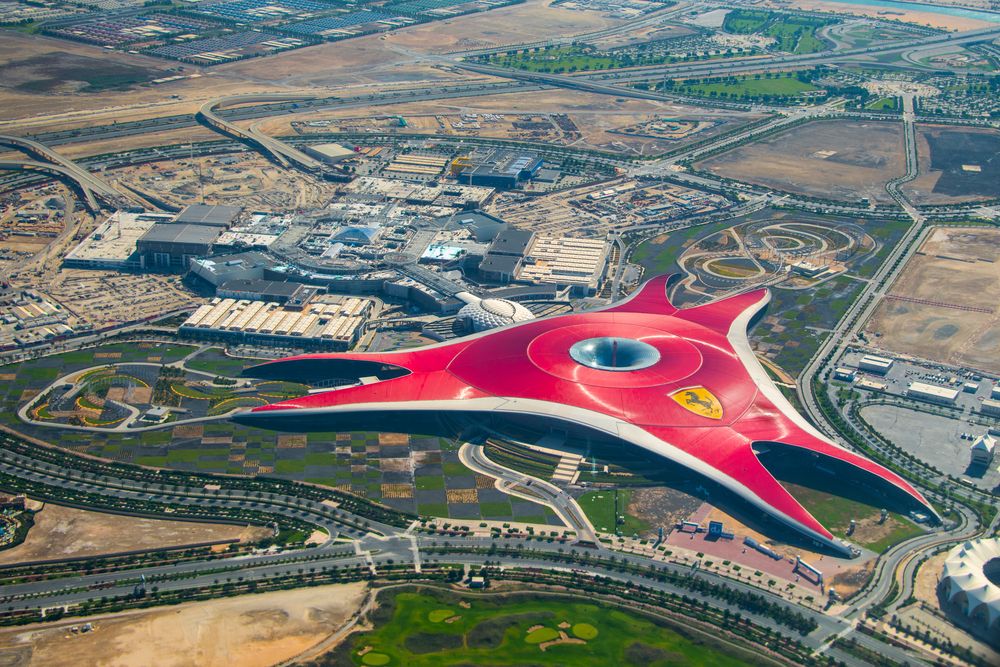 Ferrari World Park attracts thrill-seekers from all over the world

6. Crocodile skull found in the Al Gharbia Desert in Abu Dhabi, which lived 8 million years ago. Excavations in the area have taught scientists about the extraordinary prehistory of the Arabian Peninsula since the Miocene, an era of great geological change in the earth’s crust.

7. The Burj Khalifa, which is shaped like a stalagmite, was completed in Dubai in 2009, with numerous ornaments imitating ornate Islamic architecture.
The tower was originally supposed to be about 560 m high, but after many changes and expansions, it eventually reached a height of 829 m. The Burj Khalifa Tower has thus gained the title of the world’s tallest building. 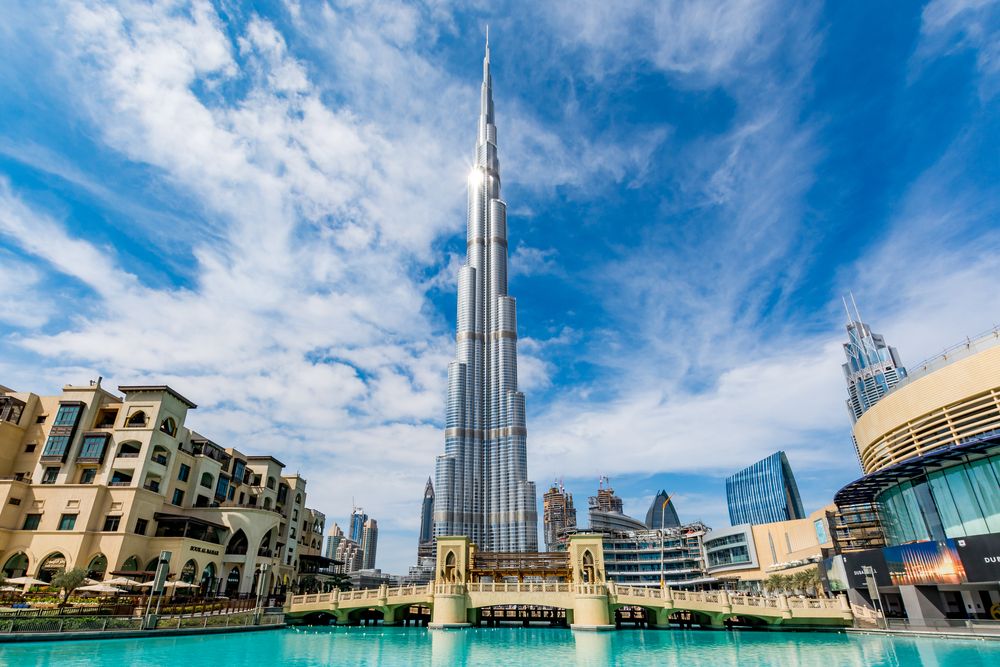 Burj Khalifa – The tallest building in the world

8. The Dubai Police are probably the most stylishly uniformed force in the world. Since some time, the police park, in addition to police cars, also includes luxury cars, including Lamborghini and Ferrari. Although they are not used to chase criminals by the police, they are used to patrol the places most frequented by tourists. 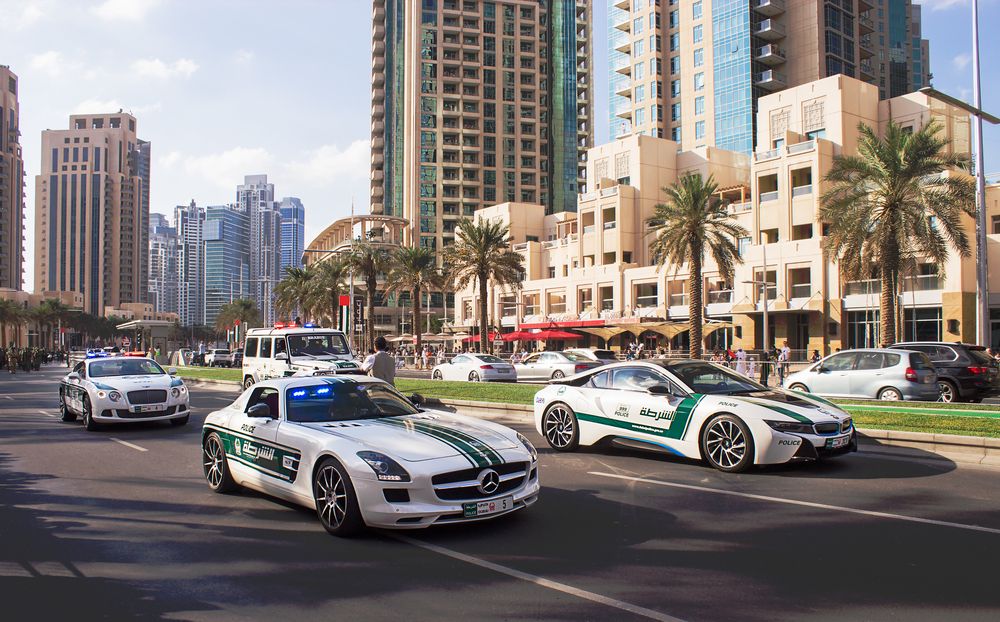 9. Falcons have an important place in the country’s history because they helped the Bedouins hunt in the desert. The image of a falcon is placed on the country’s coat of arms and on banknotes. Falconry, the breeding and training of falcons, has almost been elevated to an art form here. Abu Dhabi even has a falconry hospital, with more than 11,000 falcons passing through each year.

10. In the United Arab Emirates, almost nothing is impossible.
Dinosaur skeleton more than 155 million years old on display in Dubai mall. The skeleton was brought from the U.S. in 2008. One of the best-preserved fossils in the world. 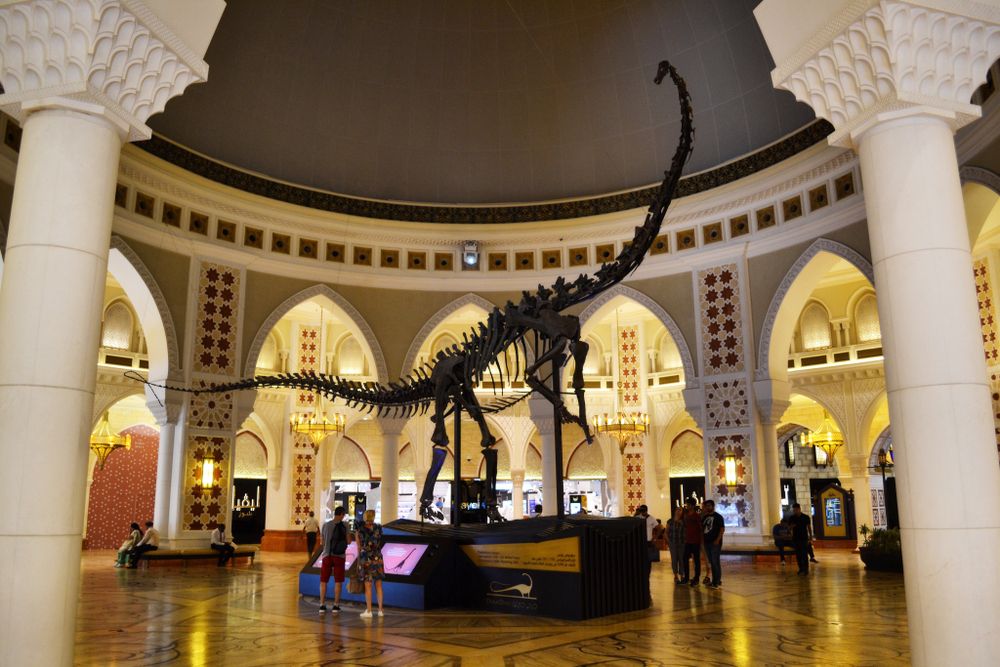 A dinosaur skeleton in a shopping mall

The Arab Emirates is an unusual country, which offers visitors from the West countless attractions, created simultaneously by nature and man. It’s definitely worth traveling to these exotic regions to experience a world so different from our own.