What to see in Pafos, Cyprus

Choosing to travel to Paphos in Cyprus is a vacation in the heart of history. Judge for yourself: the city is a UNESCO heritage site, is considered the birthplace of the goddess Aphrodite and was one of the centers of dissemination of Christianity by the Apostle Paul. Therefore, the excursion program here promises to be rich. What to see and do in Paphos?

The main treasure of Paphos is considered to be Kato Paphos – the archaeological park, where the most ancient heritage of the region of different ages is collected. History lovers definitely will not be bored. There are so called "mosaic houses" with perfectly preserved mosaics in the open-air area. They show the mythological themes The combat of Theseus and the Minotaur, The Bathing of Achilles, The Triumph of Dionysus and many others.

The well-preserved mosaic in the House of Theseus

Then, in the area of Ancient Archaeology, you can visit the Asklepios (Temple of Asklepios), a small amphitheatre, the Agora and the city walls. Ruins of the Byzantine castle Saranta Colones in Pafos harbor. Destroyed in the 13th century, it was never rebuilt, but became one of the most photogenic sights of Paphos. By the way, you can see the ancient artifacts of Kato Paphos in the Archaeological Museum of the city. 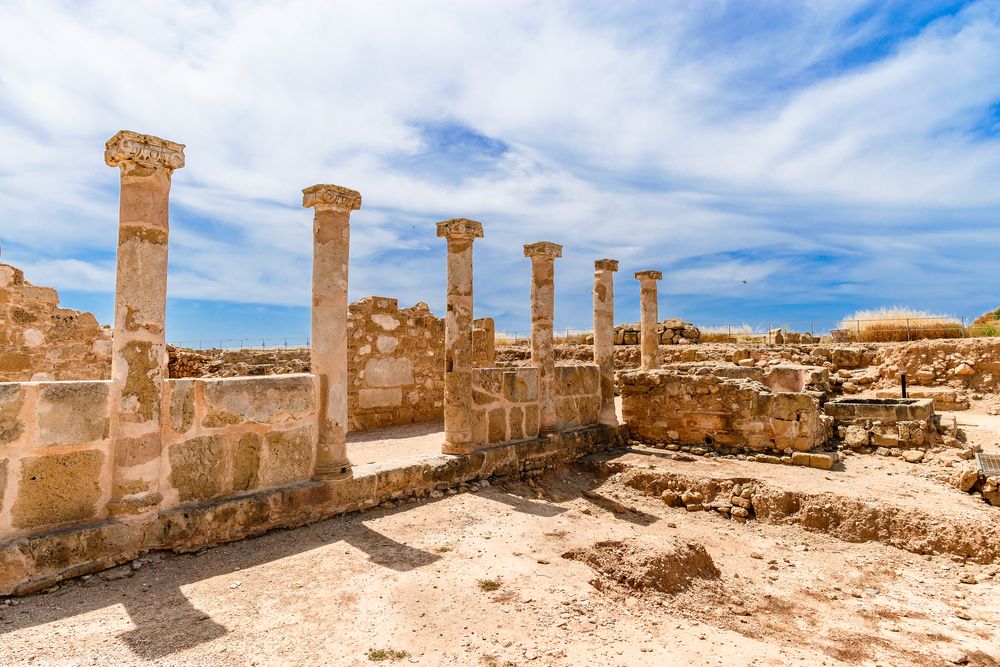 Antique columns in the park of Kato Paphos 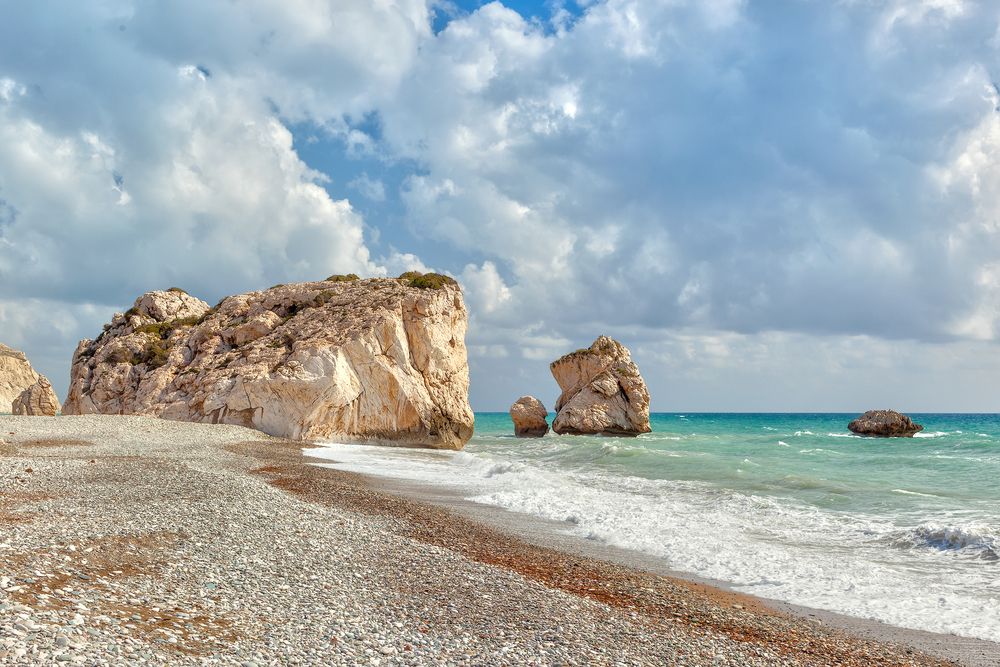 It's unforgivable to come to Paphos and not see the birthplace of Aphrodite. It is said that the goddess emerged from the foam of the sea at Petra tou Romiou and then the cult of Aphrodite was widespread in Cyprus for centuries. It is still depicted on many souvenirs. Petra tou Romiou attracts with its legends. Cypriots believe that if you swim in the birthplace of Aphrodite, you'll get eternal youth. And if you find a sea stone in the shape of a heart you will find the love of your life. 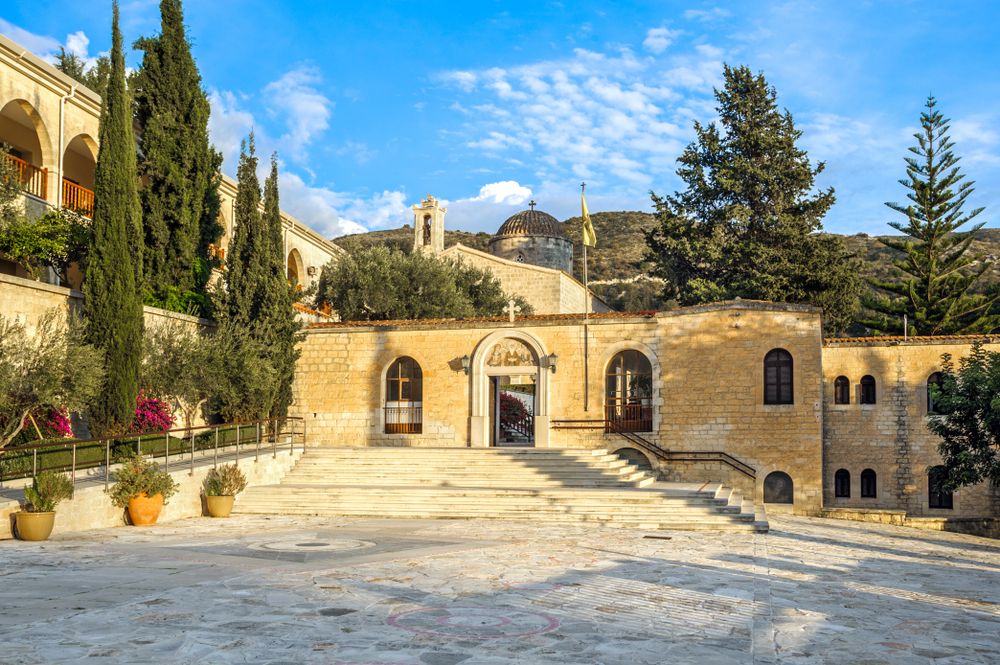 You can visit it not only to worship the relics, but also to see the frescos on the walls of the grottoes dug by Neophytes. They say that they appeared here during the life of the saint. The monastery museum keeps manuscripts of St. Neophytes, the Gospels and rare icons. Walking along Paphos seafront it's hard not to notice the medieval fort built in the 13th century. In the past, it served not only to protect the city from the sea: the castle was also a mosque, a warehouse and even a prison. Its architecture is very laconic; you can't call it a masterpiece… But it made a great vantage point. If you go up to the second floor, you can see Paphos and the vastness of the sea from afar. 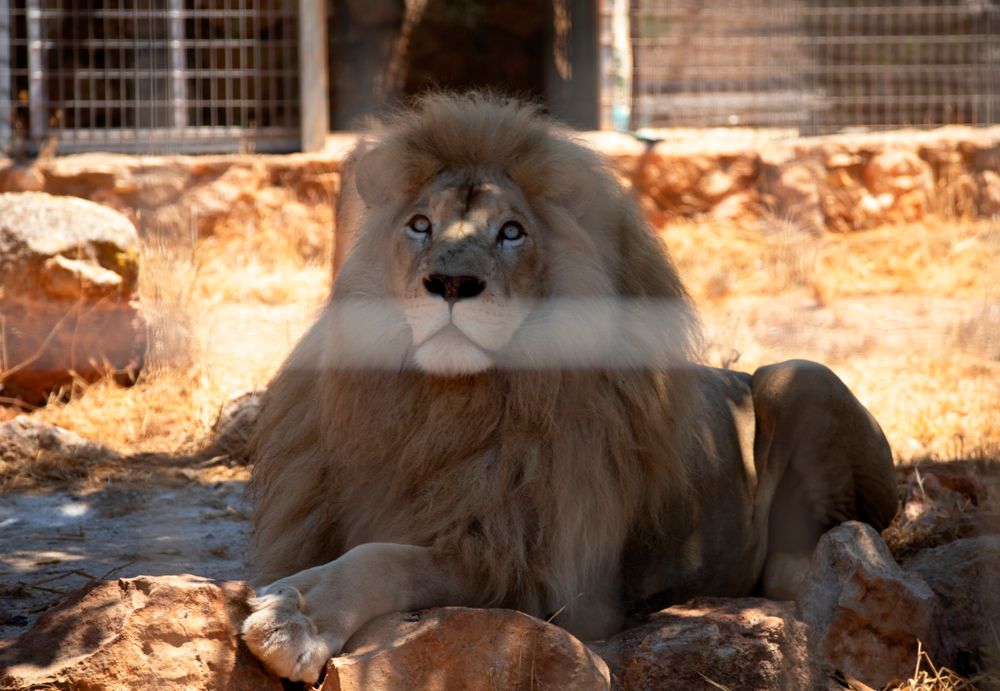 A white lion at Paphos Zoo

Paphos Zoo – a favorite destination for children and adults. It began as a private menagerie of local businessmen, which later opened to the public. The zoo is equipped so that the animals live in as natural an environment as possible – surrounded by ponds, gardens, lakes. Paphos Zoo collection includes 200 species of birds, 500 species of mammals and more than 50 species of reptiles. There is a tavern, an ice cream stand, a snack bar, and a playground for children.

The medieval village of Fiti is a 20-minute drive from Paphos and is well worth a visit. Famous as a center of weaving: traditional handicrafts are still preserved here. Local handicrafts boast a wide variety of original patterns. Embroidered tablecloths, napkins, linens and clothes can be bought in stores and workshops. There is also a museum of weaving in Fiti, which will tell you about the origins of needlework traditions. 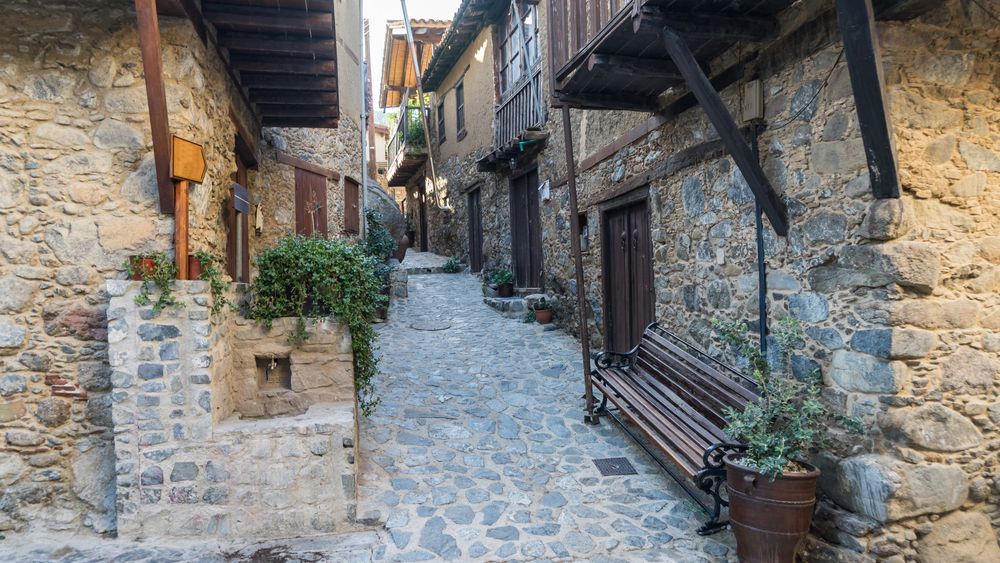 Fiti – the perfect place for a walk. There are many old stone houses and in the central square is the village's main church. It houses an 18th century iconostasis. 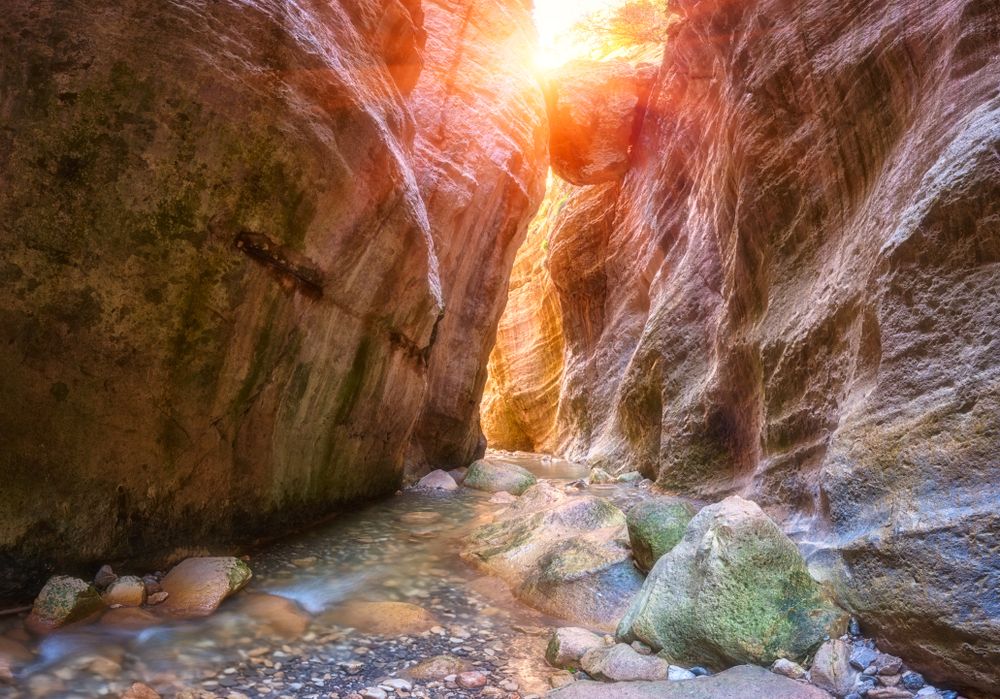 For those who love nature and adventure, you just need to "escape" from Paphos to Avakas Gorge. It is 15-20 minutes away from the city and fascinates with its beauty. But you have to be well prepared: you have to wear comfortable shoes, a hat, and appropriate clothing. There is a walking route through Avakas. Along the way you will meet some bizarrely shaped rocks, and with a bit of luck, some local fauna. Foxes, hares, lizards and rare bird species live in and around the gorge. Avakas is a particularly beautiful place in summer, when the endemic shrubs bloom.