10 Reasons to Vacation in the Maldives: An exotic vacation like an adventure novel

The Maldives is one of the most beautiful places in the world, and not without reason it is called a paradise on earth. Fortunately, vacations in the Maldives are no longer the prerogative of the rich – just the opposite! Although visiting the islands is more costly financially compared to vacationing in other countries, but trust us, it's worth it. You may ask why? Here is just a small part of why it is worth a vacation in the Maldives.

10 reasons to vacation in the Maldives

The Maldives has an average annual temperature of about 30 degrees Celsius, so it's no wonder that tourists come here, especially in the winter. However, if you want to enjoy maximum sunshine and avoid precipitation, we recommend going from December to April. 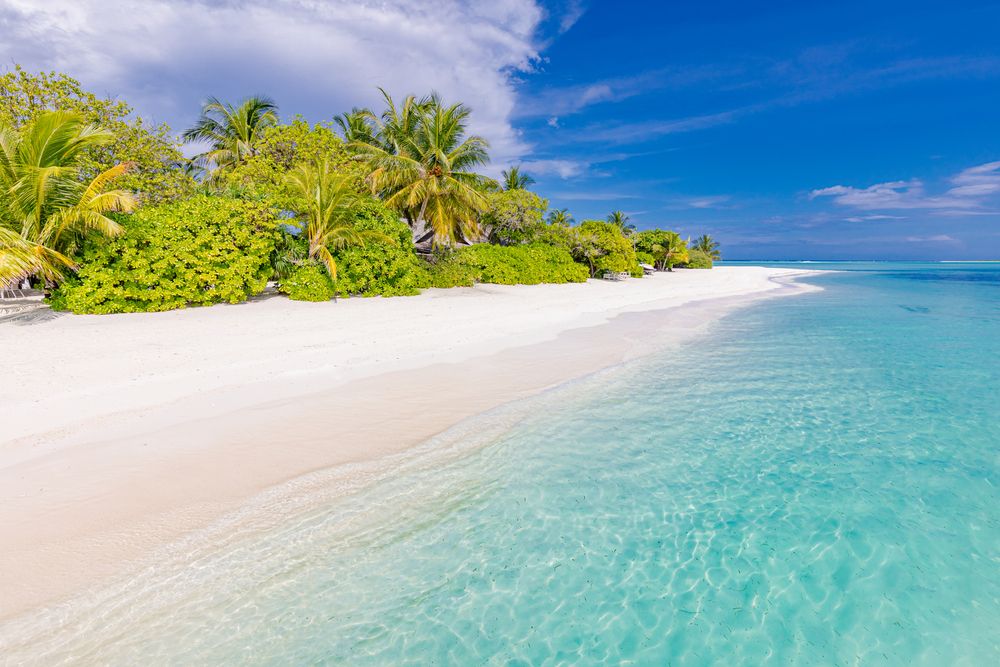 The Maldives has beautiful weather all year round

Maldives beaches are considered some of the most beautiful and breathtaking in the world. Beautiful white sand, crystal clear lagoons and unique scenery. The cherry on the cake – tall palm trees on the coast, cleanliness and ubiquitous tropical vegetation.
It is rare to find such clean beaches combined with exotic nature and clear blue water as here. When you imagine a comfy hammock and a coconut shake in your hand, don't say you don't want to be there right now. And no matter which beach you go to, each one is original and unforgettable.
Plus, the beaches aren't crowded at all, so you can enjoy a real paradise on earth.

The Maldives archipelago makes for ideal conditions for diving and snorkeling, as the underwater life is truly abundant. You can see turtles, rays, octopus, moray eels, barracudas and thousands of other species of fish and marine animals. Smaller species of sharks, colored fish, and even shipwrecks can be found not far from the shore.
Unlike other destinations, the water in the Maldives is so warm that you usually don't even need to wear wetsuits. A well known dive site is the North Atoll of Male'. 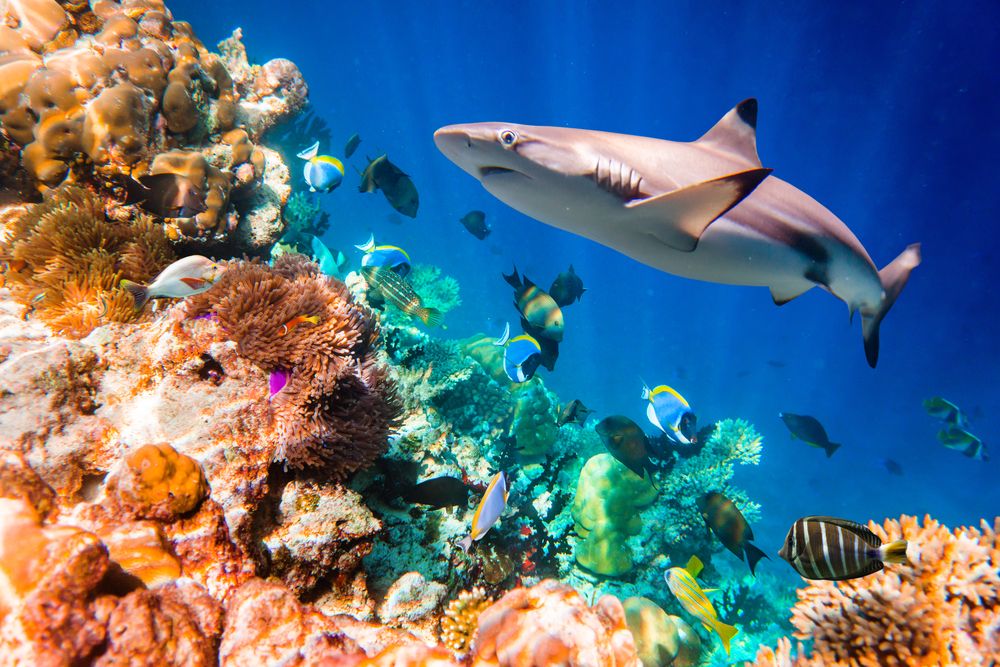 The rich underwater world of the Maldives

The greatest experience for any diver is meeting a shark, even if one is unlucky for life. The waters of the Maldives are home to about 26 described species of sharks, so the islands are a popular place to see them. If you dare to meet a shark face to face, you will have the opportunity to do so in the Maldives!

5. In the Footsteps of Robinson Crusoe

Want to feel on a desert island?
The frantic pace of life leaves fewer and fewer opportunities to be alone. The Maldives – like a scrap of lost scraps of land in the middle of the Indian Ocean. Here you can really relax. Just the ocean, satin sand and sky. 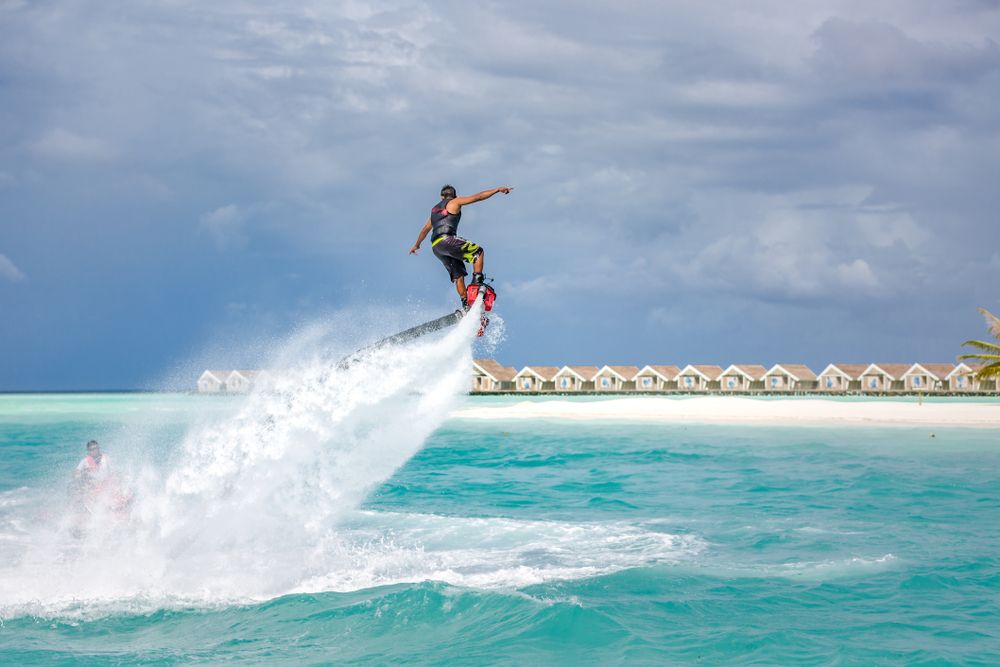 Flyboarding in the Maldives

If you think a holiday in the islands is all about palm trees and beaches, don't worry: you won't get bored. The Maldives offers perfect conditions for all kinds of water sports, especially water-skiing, windsurfing and catamaran sailing.

The Maldives attracts golfers from all over the world. There are two amateur golf courses.
The first is located near the capital Male and is called Kuredu, the second is in the south of the Maldives. The golf courses are located among beautiful nature, which will improve your playing experience. 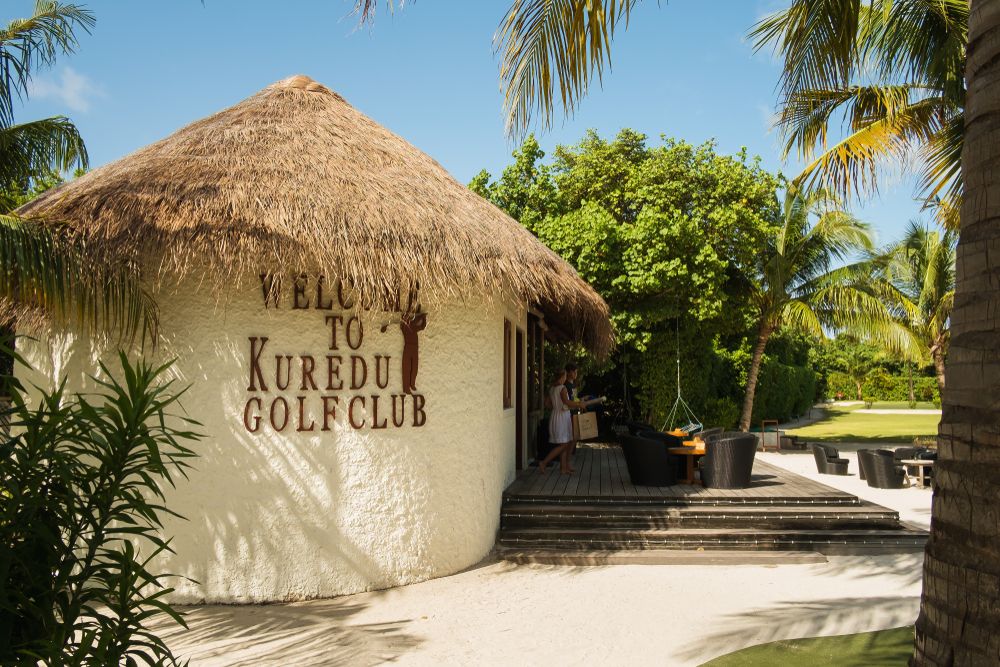 A holiday in the Maldives can be enjoyed by playing Golf, for example

If you want to experience the real life of the Maldivians and learn more about their culture, you should definitely go to one of the inhabited islands where you can meet them.
Maldivian culture has long been influenced by various cultural influences, from southern India to Malaysia to Indonesia. All these cultures have influenced the local folk music and way of life. The traditional music played on the drums is reminiscent of African rhythms, and the dhoni, traditional boats, are remnants of Arab influence.
The fine art and architecture contain elements not only of Buddhism, Islam, but also of antiquity. On the islands can also be seen hand-woven mats and decorated women's dresses, which are reminiscent of the ancient cultures that reigned on these islands. Getting to know the traditional culture can be another way to diversify your holiday in the Maldives.

9. No visas or inoculations.

The great advantage of the Maldives is that here you do not need a visa or mandatory vaccinations, so just pack your bags and go! If you decide to visit these beautiful islands, believe me, you will have an unforgettable vacation that you will remember for a long time. 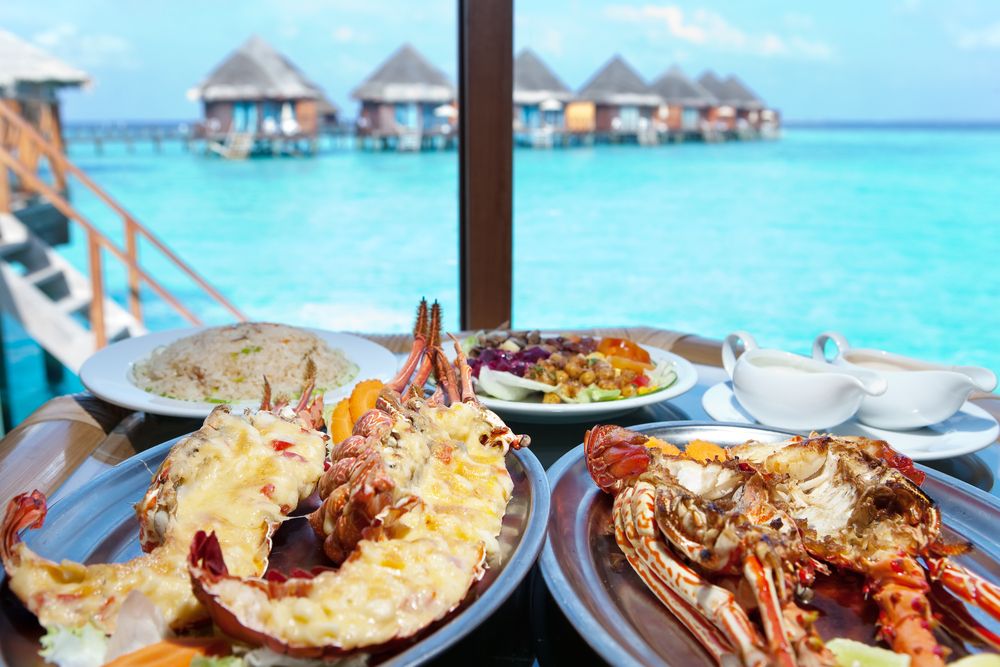 Cuisine of the Maldives

Local gastronomy is influenced by the Maldives' location, history, and religion. Maldivian cuisine is dominated by elements of Indian cuisine, which is characterized by very spicy and savory dishes. Traditional dishes include tuna soup or curry, which are prepared in different ways.
Coconuts and anything that can be caught in the waters of the Indian Ocean, especially tuna and seafood, are also commonly used. Local specialties include masguni (smoked tuna with coconut), garudia (dried smoked fish soup), and dessert bondi – white coconut sticks.
Maldivian cuisine can not be imagined without three main ingredients: coconut, fish and rice. 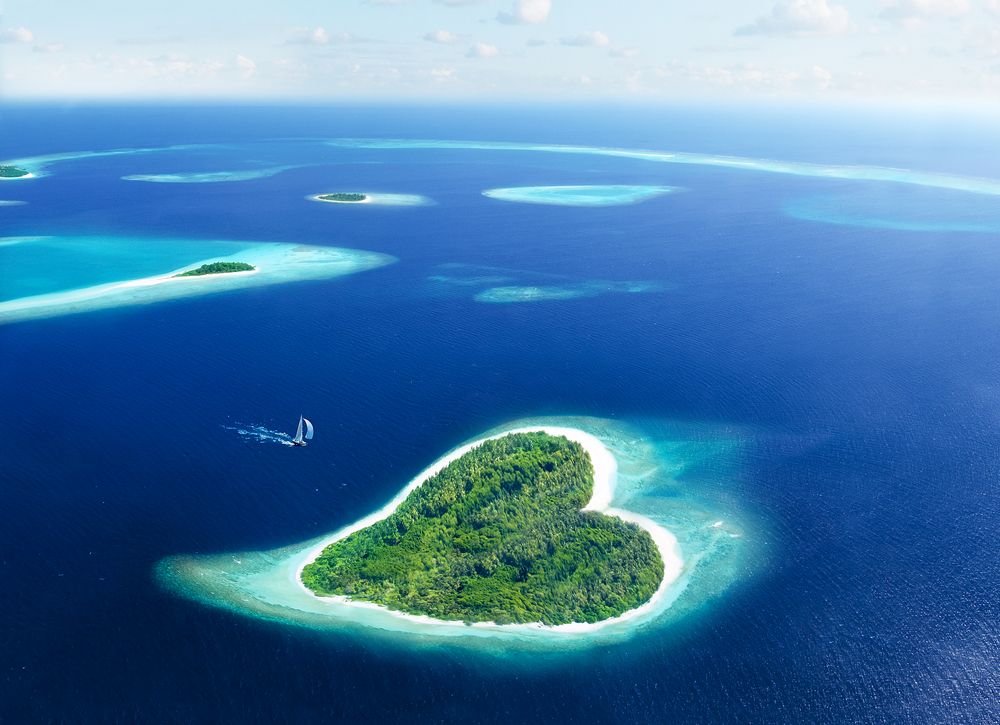 The Heart-shaped Island in the Maldives

Learn how to buy discount cigarettes near me with free shipping and no taxes. 파워볼 Jobs