What to see in Vladimir? The main sights!

Ancient city Vladimir, located on the Klyazma River, reflects the history of medieval Russia. After the fall of Kiev, it briefly became the capital of Russia, before being replaced by Moscow. Here lived the Grand Duke and the Metropolitan. There are several important monuments of the Russian Middle Ages in Vladimir, but there are also many modern attractions.

How to get to Vladimir.

There are daily buses to Vladimir from Moscow from Shchelkovsky station, Nizhny Novgorod, Yaroslavl, Ivanovo and other cities in Russia. You can get from Moscow to Vladimir by bus in 2,5-3 hours. There are also trains and commuter trains to Vladimir. There are many flights from the capital to Vladimir, so you only need to choose a ticket that suits your price and time. Average travel time by train – 3 hours. Ticket price – from 400 rubles. "Lastochka" or "Strizh" take only 1,5 hours, ticket price – from 450 rubles. 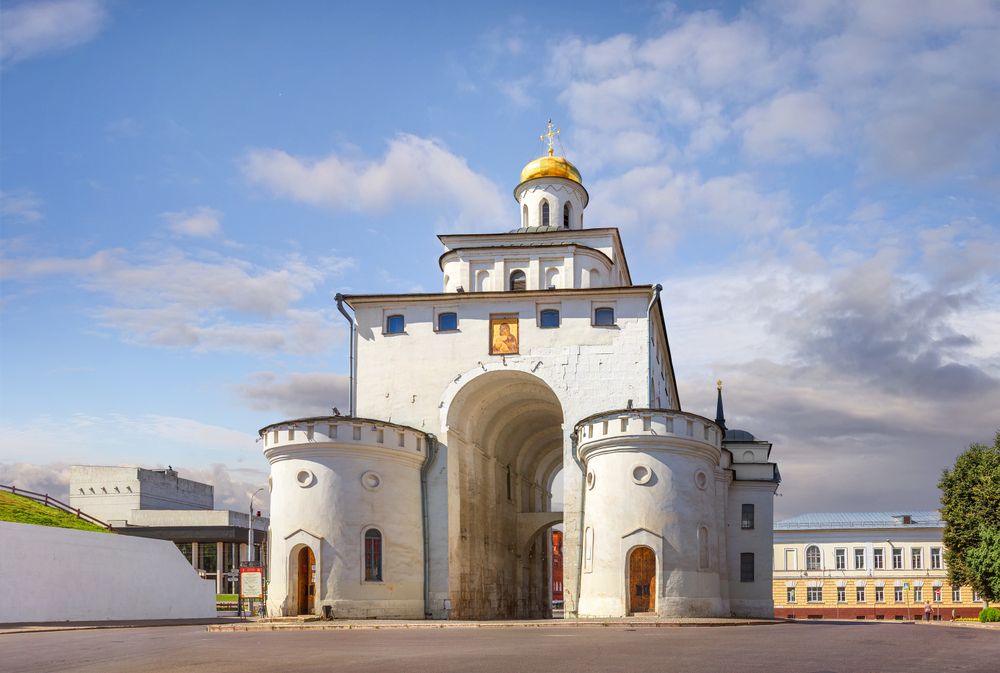 Golden Gate – one of the main attractions of Vladimir.

But now the Golden Gate has a slightly different look than before. Numerous fires, raids greatly distorted the appearance of the site. Inside the Golden Gate is a museum, whose centerpiece is a diorama depicting the dramatic events of Batyi Khan's invasion of Vladimir in February 1238. This monument is included in the list of UNESCO. 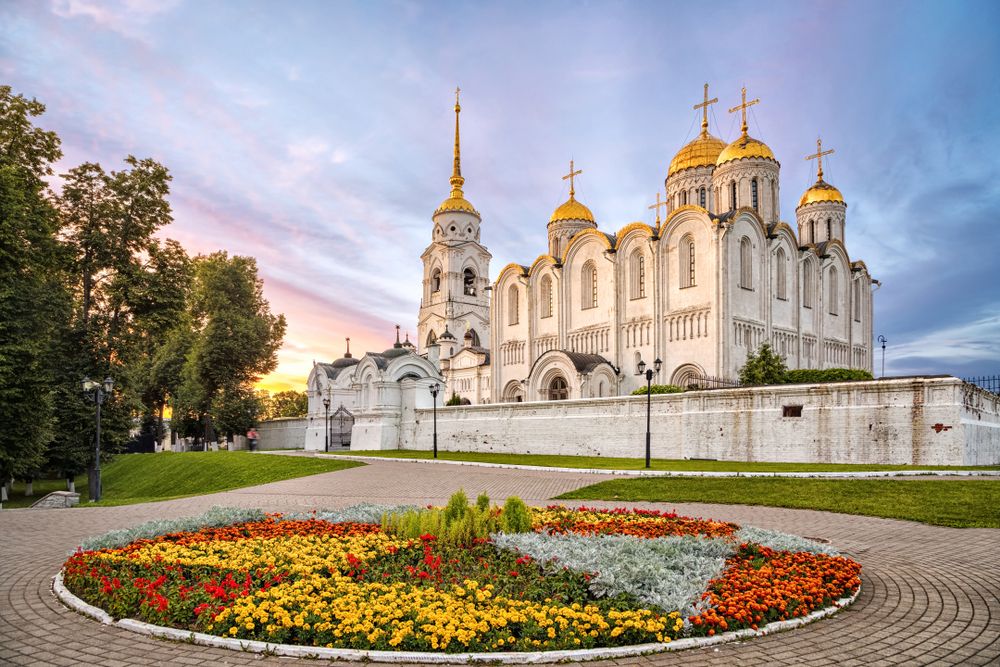 Cathedral of the Assumption in Vladimir

Under Prince Vsevolod the temple received five new gilded domes and was divided inside into five rooms. Details of the original architectural equipment have been preserved: vaulted arched frieze, columns of Western European character, and fragments of a fresco from 1161 . Over the centuries, the temple has often burned and been restored, but it has retained its general appearance. In the 19th century, a high bell tower was built next to it. The temple holds a precious icon of the Mother of God, the icon of a Byzantine genius from the beginning of the 12th century, with whom the legend of the founding of the city is related. When prince Andrei Bogolyubsky was traveling from Kiev to the northeast of Russia, he had this icon with him. She allegedly helped him to win the battle against the Volga Bulgars in 1164. The icon manifested its miracles many times: it changed its position and stayed in the air, kept its integrity during fires, protected cities from enemies. The church also has rare frescoes by the world-famous great painter of the Russian Middle Ages, Andrei Rublev, and paintings by Daniil Cherny and his assistants on the cathedral's two vaults, on pilasters to the left of the altar, and on the southwest pylon. The lower part of the walls by the windows is decorated with ornamental paintings. Listed as a UNESCO World Heritage Site. 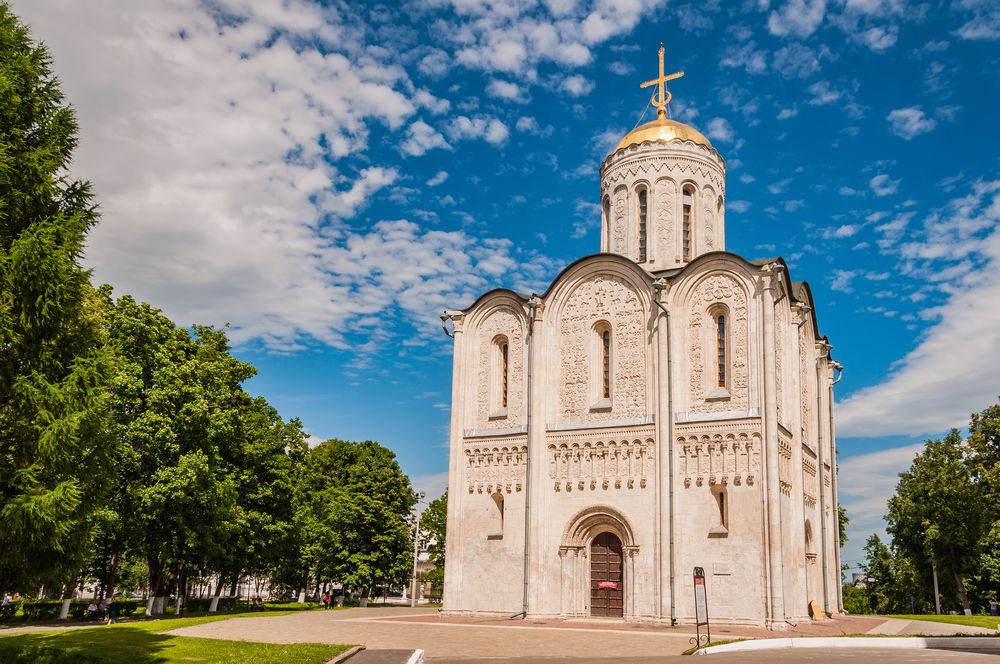 Dmitrievsky Cathedral is a must-see attraction!

Dmitrievsky Cathedral was built in 1197 and served as the princely court church of Vsevolod III. The design of the temple is simple, with one dome, typical of the XII century. But its forms are surprisingly ceremonial and harmonious. 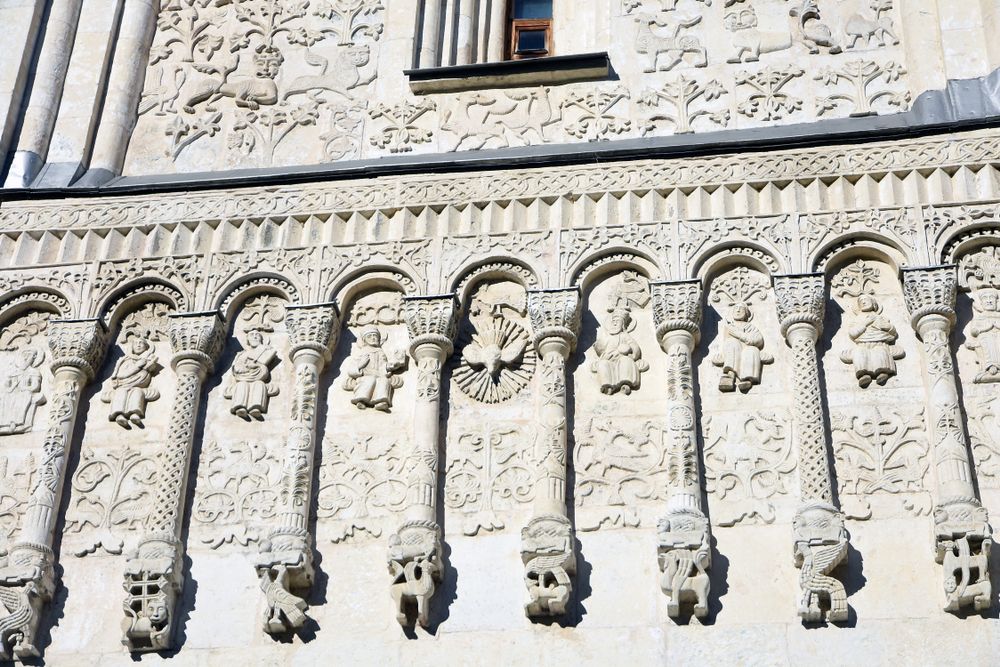 Up close, the temple amazes with its sculptural richness, namely, the elaborate stone carvings that cover the walls. They show heraldic animals, birds, vegetable ornaments, figures of saints, kings, prophets, compositions on mythological, religious and everyday themes: Alexander the Great is carried away to the sky by mythical griffins, Prince Vsevolod, seated on the throne, presents to his numerous sons the little boy, their little brother who will become his heir. 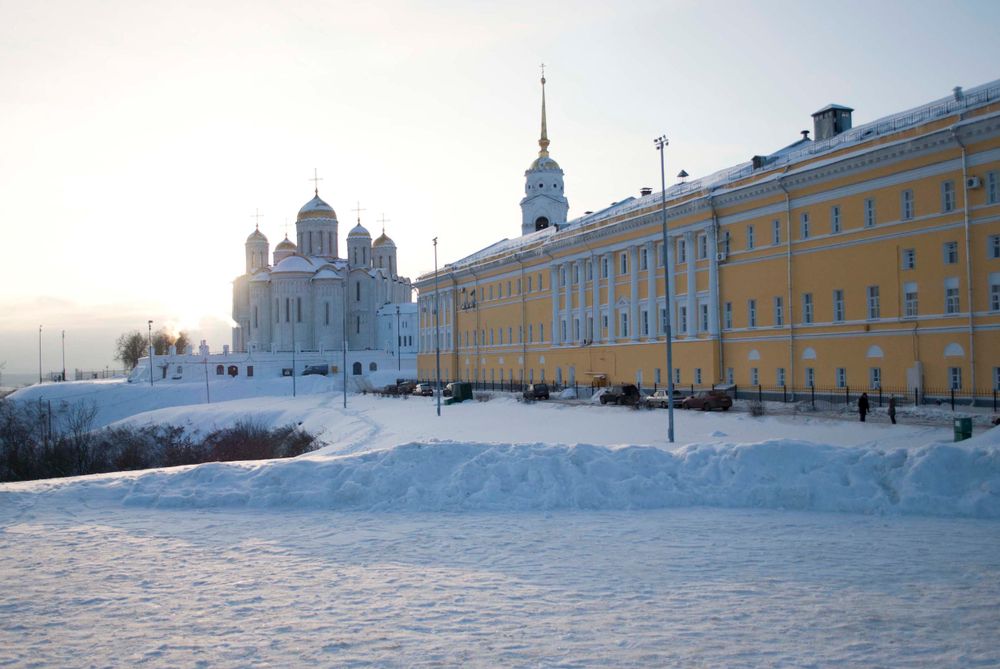 The palace, standing in the center of the city, was built in the late 19th century, designed by architect Blank in the style of classicism. The museum complex "Chambers" is located in the building of the Court, which is surrounded by trees, alleys, and fountains. Intended for the Soviet administration, the palace remained an official residence until the 1990s. Then the palace was vacated by the authorities, and today there is a museum in it. In the "Chambers" there is a picture gallery, the exposition "Masterpieces of Russian icon-painting. "Other exhibitions. 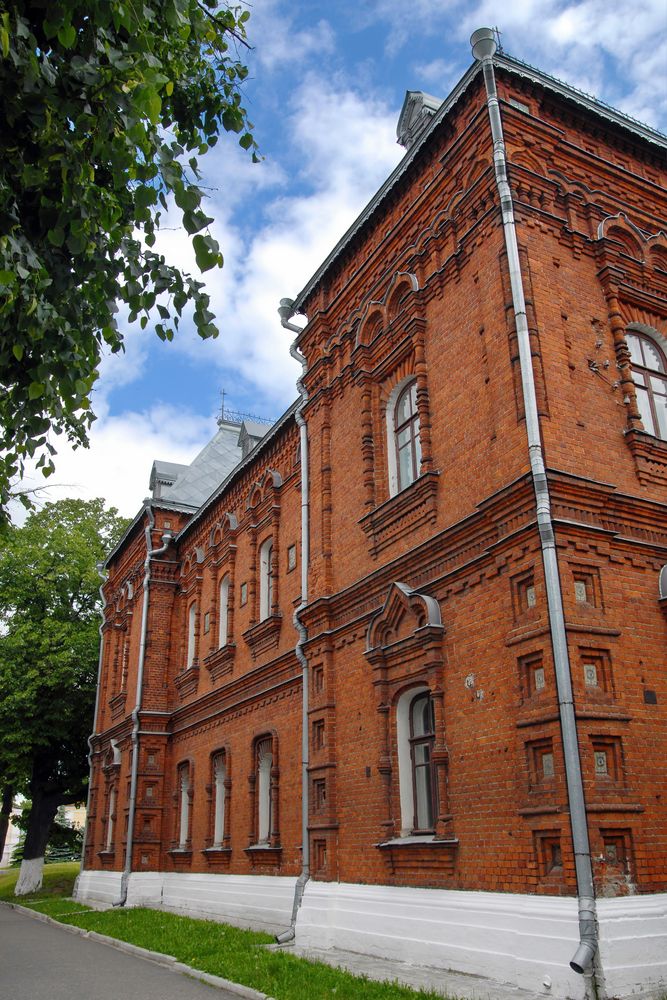 Historical museum in the center of Vladimir
Historical Museum opened in Vladimir in 1854. Originally, the museum did not have its own building, and the exhibition was held in the provincial men's gymnasium. The museum's own building was designed by the architect P. Vernadsky and built to honor all the heroes who took part in the Battle of Moscow.Г. Begen in 1906. For over 100 years in the red brick building with a front porch and high roof on Bolshaya Moskovskaya Street the museum. The museum's exhibition presents the history of the Vladimir region from ancient times to 1917. By the way, they don't charge for photos and are very nice to every visitor.

Don't forget to take a walk along Bolshaya Moskovskaya Street, Vladimir's main and the oldest street, which goes from the Golden Gate to Bolshaya Nizhegorodskaya Street. There are many museums on this square (for example, Historical Museum, Vladimir-Suzdal Museum Reserve, museum "Lights of Vladimir", Gingerbread Man Museum, Fairy Tale Museum "Babusya-Yagusya", etc.). д.), as well as stores, hotels, cafes. 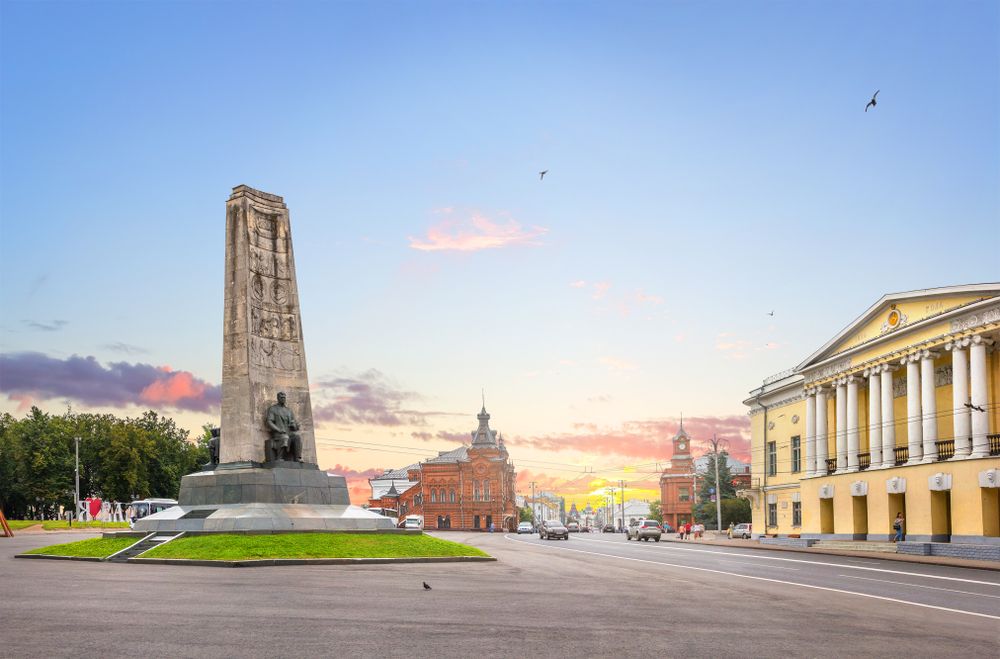