Where to see the northern lights?

All your life you have dreamed to see the northern lights? There are a lot of places where you can see it. Choose your destination and hit the road!
Generally, what is the northern lights?? If not to go into scientific research, it turns out approximately the following: northern lights is the interaction of the Sun’s particles arising from solar flares and reaching the Earth in 5 days, with the upper layers of the Earth’s atmosphere.
The glow usually occurs near the Earth’s poles. There are two poles, so we have two different kinds of aurora borealis: northern and southern. The latter is quite difficult to observe, because there are almost no inhabited areas. The situation with the northern lights is quite different; they are observed in many countries, including Russia.

The first obstacle is the difficulty of catching the lights, so there is a chance that the trip will be fruitless. Nevertheless, if you follow some tips, you can very successfully see the northern lights.

When can you see the northern lights??

Auroras appearing period – September to March. But don’t think it can’t happen in any other months; it’s just that it is observed much more often in winter. Based on observations of travelers, the lights are usually visible in the sky from 10 pm to 3 am.

Tips to help you successfully observe the northern lights.

You should also avoid any densely populated cities, as near them the northern lights are either poorly visible or almost indistinguishable. It is best to go farther to the north, here the chance to see the Aurora Borealis is much higher. 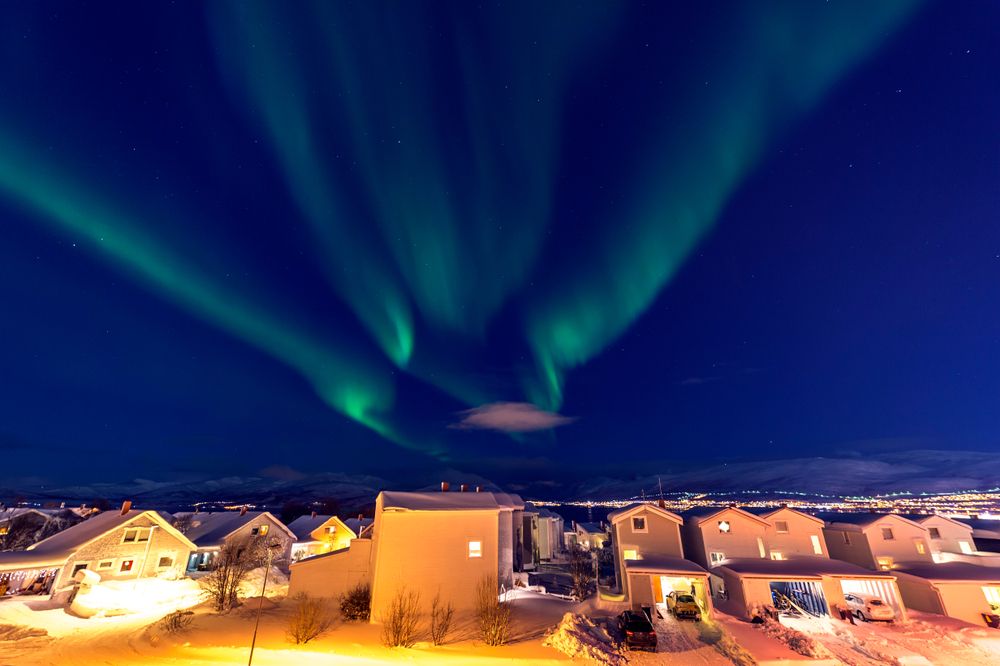 Above the cities aurora borealis is usually less bright

What things can help when observing the northern lights?

Second, do not forget a thermos, warm clothes and shoes.

Thirdly, it is worth bringing a tripod and a camera with you, as the chance to photograph such a thing may not be foreseen in the future. In this cold any battery runs out quickly, so it is a good idea to have some extra batteries with you.

Hunting for the northern lights in a car is much more comfortable and, most importantly, warmer

Places to see the northern lights

Of course, this phenomenon is not rare in Karelia or Chukotka, but if you want to save money the northern regions of European Russia are ideal for you. For example, in Arkhangelsk or Murmansk region. But we shouldn’t forget, that it’s better to choose not the capitals of these regions, Arkhangelsk or Murmansk, but any small towns nearby. 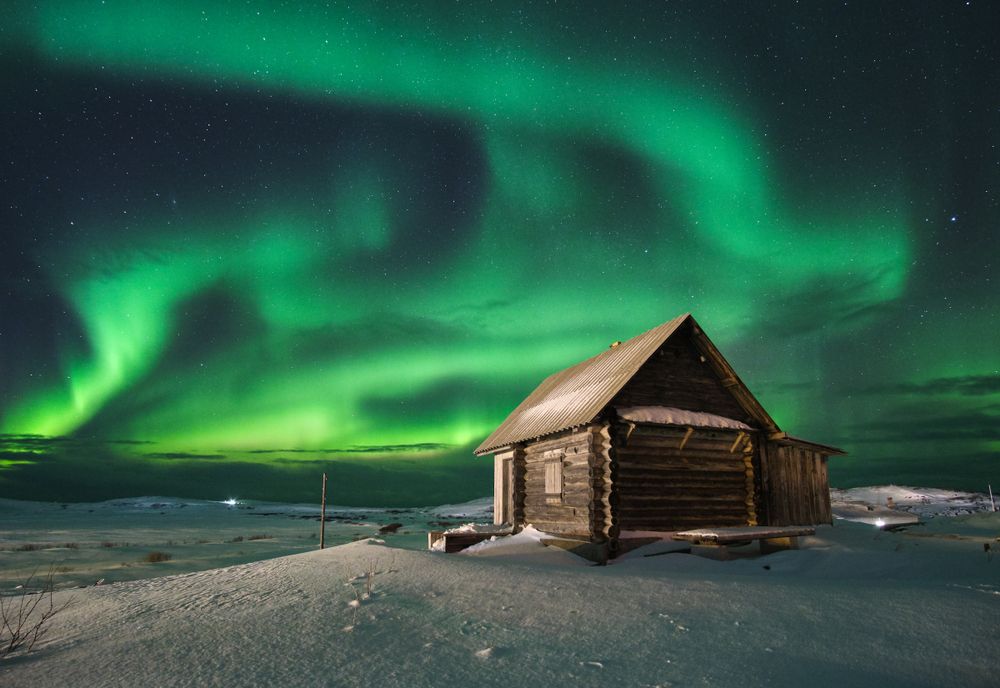 Northern Lights over the Kola Peninsula

You can also observe the northern lights in the Republic of Komi. It is not rare to see this amazing phenomenon in the capital of the republic, Syktyvkar. This is a big city, so it is better to go to a smaller locality, where the view of the lights will be much more impressive. In Krasnoyarsk Territory, in the very north of Russia, the village of Khatanga. And we do not forget the rule: the more north the better.

Of course, you can see a similar natural phenomenon in Europe. For example, you should go to Norway, choose the city of Longyear, the capital of the Spitsbergen archipelago. Nevertheless, to get there will not be cheap. Flights there are expensive. Also in Norway you can visit places like Tromsø or Alta, which have been struggling for decades for the title of the polar lights capital. 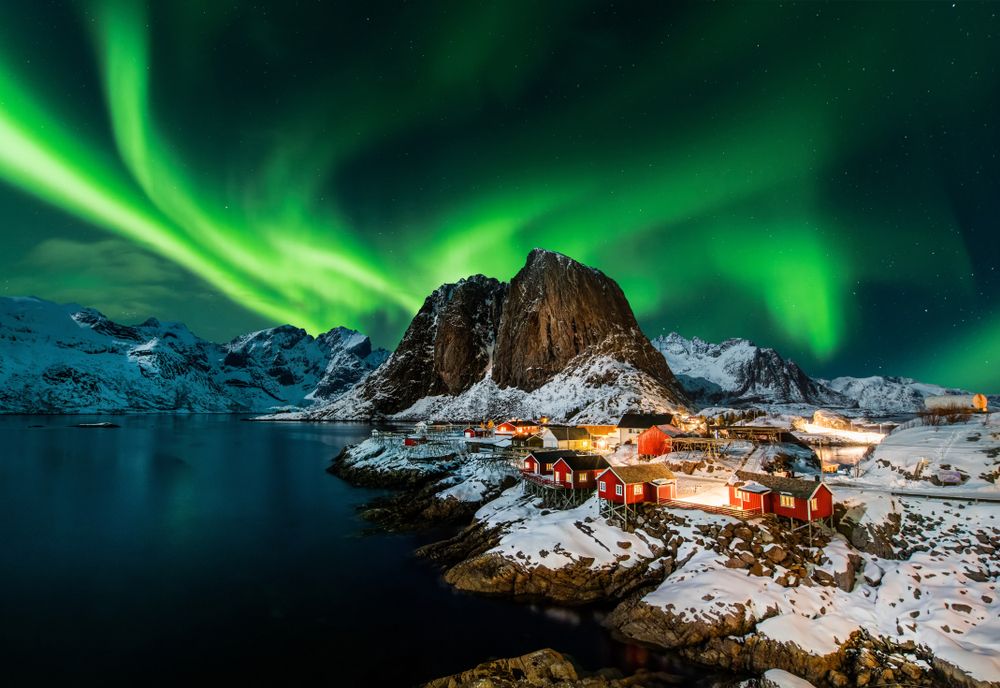 Northern Lights in the sky over Norway

In the city of Abisku (Sweden) there is a special center that calls itself one of the best places to see the Aurora Borealis. Good opportunity to go and check it out! Those who want to avoid the cold, but enjoy the aurora borealis can choose Iceland. Thanks to the Gulf Stream, a warm sea current, the climate is quite mild. 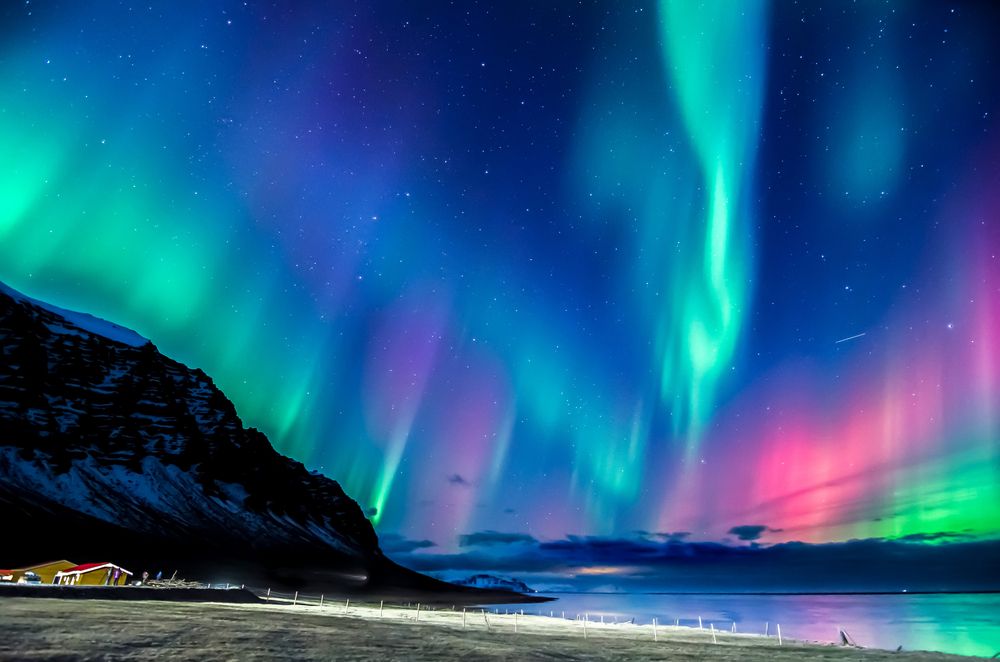